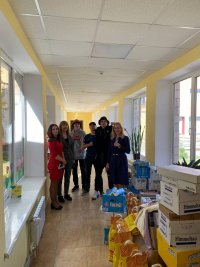 The Department of Foreign Languages and Information and Communication Technologies of West Ukrainian National University is actively negociating with the director of the Ternopil Regional Center for Rehabilitation and Child Development Inha Kubei and representatives of the Austrian Chamber of Commerce - President Christoph Leitl on organizing humanitarian aid for orphaned children.

The School of International Communications of the classical university of Ternopil organizes many extracurricular events for student development. On May 10 at 15:00 Sprachclub with Markus Peuser will kick off again. We invite all students of West Ukrainian National University to practice German with a native speaker!

Students of the School of Polish and European Law (a joint international project of West Ukrainian National University and the Jagiellonian University) successfully completed the first stage of their annual studies and passed an exam in Polish legal terminology.

Pavlo Tiutiunnyk, a graduate of the classical university of Ternopil and soloist of the "Cry not" band of WUNU, successfully passed the first round on the singing talent show "The Voice", managing to turn the chairs of star coaches Sviatoslav Vakarchuk and Olia Poliakova.

We are rooting for our graduate!

WUNU students are winners of the Ukrainian Athletics Cup! 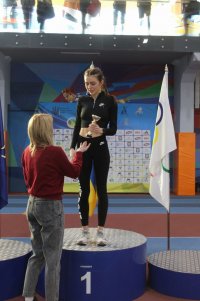 Meeting with representatives of ELEKS

Recently, as part of dual education, students of the educational programme "International Economics" met with representatives of "ELEKS" company. 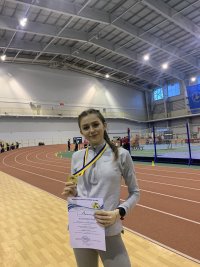 The Ukrainian Junior Indoor Athletics Championship took place on January 22-23 in Sumy. 419 athletes from 24 regions of Ukraine and the city of Kyiv took part in the competition. Tetiana Kohut, a student of the Faculty of Law of West Ukrainian National University, won 2000 metres steeplechase.

Vladyslava Hubenko, Bohdana Hrytsyk, Veronika Turkula and Sofiia Brovchenko, students of WUNU Professional College of Economics, Law and Information Technologies, played in the latest stage of the Eastern European Zonal Volleyball Association championship as part of the U-17 girls' national team of Ukraine. Our volleyball players won two victories in Group A against Estonia and Georgia. In the match for bronze medals, the girls defeated the team of Belarus with a score of 3:1.